How to promote OnlyFans on Twitter (use these hashtags!)

As you're likely already aware, getting noticed on OnlyFans is hard. There's more competition out there than ever before. And OnlyFans' internal algorithm is extremely unreliable. Especially for new creators who don't have much of an existing following.

The only way to get around this hurdle is to bring in subscribers from external sources. And what better way to do that than by promoting your OnlyFans on Twitter?

But you have to wonder: why Twitter, in particular? There are plenty of other platforms.

Promoting OnlyFans on Twitter works so well because of Twitter's NSFW-friendly policies.

You are safe from penalties as long as you watermark your profile as sensitive. That's why the platform is a favorite among adult content creators.

How to promote your OnlyFans on Twitter - the basics

With these basics on how to promote OnlyFans on Twitter you'll be well on your way to attracting tons of subs!

Before anything else, the first thing you'll want to do is to set your Twitter profile as sensitive. This will prevent anyone under 18 from seeing your content.

How to promote your OnlyFans on Twitter - adjust your profile settings.

Select "Privacy and safety." Then, select "Your Tweets" - the second entry on the right-hand side menu.

And you're done! Now you can post NSFW content without having to worry about getting in trouble.

How to use Twitter for OnlyFans - Having a sensitive profile keeps you from getting banned.

Set up an attractive profile

There are several elements to pay attention to. Namely your profile photo, banner image, and bio.

Let's talk about your profile picture and banner image first. Use your best stuff, but I recommend not showcasing any nudity here.

Be suggestive and teasing; the images should make it obvious that you're an OnlyFans creator.

But don't go all out just yet. You want to give users who land on your profile a reason to visit your OnlyFans page - which is to see you nude.

As for your bio, keep it short and simple. Write an introductory sentence about yourself. Or, briefly mention what type of content you post.

How to promote OnlyFans on Twitter - use a simple bio with a link to your OnlyFans.

Include a link to your OnlyFans in your bio. It's your OnlyFans bio that should do the heavy lifting and convert visitors into paying subscribers.

The next step to Twitter domination is posting consistently, especially when starting out. I recommend you post at least once a day - for two reasons:

But what exactly do I post? - you may ask.

Videos generally get the most engagement on Twitter. However, producing videos only for the sake of promotion isn't very practical over the long term. So images are the next best thing.

If you have a video (or a snippet of one) to post, then great. Otherwise, just stick to images. Post enticing sneak peeks of your OnlyFans content. Again, be suggestive and teasing.

It's up to you whether or not you want to showcase nudity. Some creators find great success doing so.

But most keep their explicit content behind a paywall. Lightly censoring nude images works very well, too.

In your posts, mention that the link to your OnlyFans can be found in your bio or in the comments section.

Now, not all of your posts should be promoting OnlyFans on Twitter. Include some regular posts, too - ones that don't have anything to do with your OnlyFans.

Be creative, humorous, or relatable. I'm sure you've noticed that relatable posts, in particular, often go viral on Twitter. That's because of how much they get retweeted, something Twitter's algorithm loves.

Of course, such posts won't draw visitors to your OnlyFans via a link. But they'll help you get more followers and improve your standings with Twitter's algorithm.

This will increase the impact of the posts that are indeed a part of your OnlyFans Twitter promotion.

As this creator puts it:

How to advertise OnlyFans on Twitter - mix up your posts with regular Tweets so your profile feels organic.

Use the best hashtags to promote OnlyFans on Twitter

Including OnlyFans hashtags on Twitter posts lets the algorithm better understand your post. It can then show your post to users who are more likely to engage with it.

A small percentage of Twitter users also search for posts by using hashtags. With the right hashtags, interested users to have an easier time finding you.

Here are some of the best OnlyFans hashtags for Twitter:

You can also add niche-specific OnlyFans Twitter hashtags to your posts. Examples are:

You get the gist of it. The best OnlyFans hashtags for Twitter will be ones that are relevant to the content you're posting.

It's better not to include hashtags than to use ones that are entirely off-topic.

While there's no imposed maximum, Twitter recommends you use a maximum of 2 hashtags per post. You'll be fine using up to 3 per post, but don't overdo it. You could be penalized.

Here are some strategies you can employ If you're stuck wondering how to market OnlyFans on Twitter.

They are a great way for newer creators to start establishing a following on the platform.

Twitter allows you to DM everyone except users who actively disable incoming messages. Fortunately, most users don't.

A user who receives a casual DM from you will be much more likely to subscribe to your OnlyFans.

Try messaging users who comment on your posts. This is most effective when you're starting out and have a limited following.

Once you get the ball rolling and have thousands of followers, DM-ing isn't very practical.

Comment on and retweet posts you like. As mentioned earlier, you don't want your Twitter to be all about promoting your OnlyFans. Or at least - you don't want prospective subscribers to think that it is.

Commenting and retweeting posts that genuinely interest you helps you appear more personable.

Interact with users who comment on your posts. Don't be afraid to show some personality and flair while doing so.

Commenting on the posts of other OnlyFans creators is a great idea as well. Of course, don't advertise yourself in their comments section. But do take part in the discussion. Maybe leave a nice compliment for the creator.

Who knows - you may get a shoutout this way. But do note that some creators find this offensive, so tread carefully.

Retweets tend to do very well in terms of engagement, so there is some direct benefit involved for you here.

One piece of advice you'll come across quite often is to join an engagement group.

This is essentially a group of creators who like, retweet, and comment on each other's posts. They're also known as retweet groups.

The extra engagement helps all creators grow sooner, albeit inorganically.

Unfortunately, Twitter has made it abundantly clear that engaging in any activity that involves artificially inflating engagement is against their rules.

Here's a snippet from the above article:

Using Twitter to promote OnlyFans - engagement groups are against the rules.

With that in mind, I recommend staying away from such groups.

Don't buy fake followers either - you risk getting banned. And if you have many followers and little engagement, the algorithm thinks your posts aren't interesting and doesn't show them to real users.

I'm sure you can't wait to start promoting OnlyFans on Twitter. But know this - promoting on Reddit can be even more effective.

And with Social Rise, you can automate your Reddit promotion so that it takes no more than a few minutes per day.

Thousands of OnlyFans creators already use Reddit to pull an absurd amount of subs. Join them by signing up today - it's free.

Get inspiration from other creators in your niche

Thousands of creators use Twitter to promote OnlyFans these days. Which means that there's plenty of content out there you can draw inspiration from.

Learn how to promote OnlyFans on Twitter from the top profiles in your niche. Their success on the platform means there's something they're doing right.

What is it about their OnlyFans Twitter promotion that's driving their success? Is it the OnlyFans Twitter hashtags are they using? Is it an enticing banner image? Is it a particular type of content that tends to do well?

This goes without saying, but don't copy anything exactly - use your own creativity.

We addressed some FAQs to help you learn how to use Twitter for OnlyFans.

You can indeed market OnlyFans on Twitter. All you need to do is mark your profile as sensitive, which you can do through the settings menu.

How to advertise OnlyFans on Twitter as a NSFW creator?

Unfortunately, you can't run NSFW ads on Twitter. Creators can, however, promote OnlyFans on Twitter with their regular posts. This is free, and if you do it right, can get you tons of subs.

What are the best Twitter hashtags for OnlyFans creators?

The best Twitter hashtags for OnlyFans creators are ones relevant to the content. You can go with generalist hashtags such as #onlyfans or #onlyfansgirl. Or more specific ones, such as #egirl.

Unlike some other social media, Twitter has no groups or communities. So you can post only on your profile. But don't forget about comments under other users' posts and DMs, which can also be used for marketing OnlyFans on Twitter.

If you've been wondering how to use Twitter to promote OnlyFans, this is it. You now have all the info you need at your disposal, including some handy Twitter OnlyFans hashtags.

To sum it all up for you: 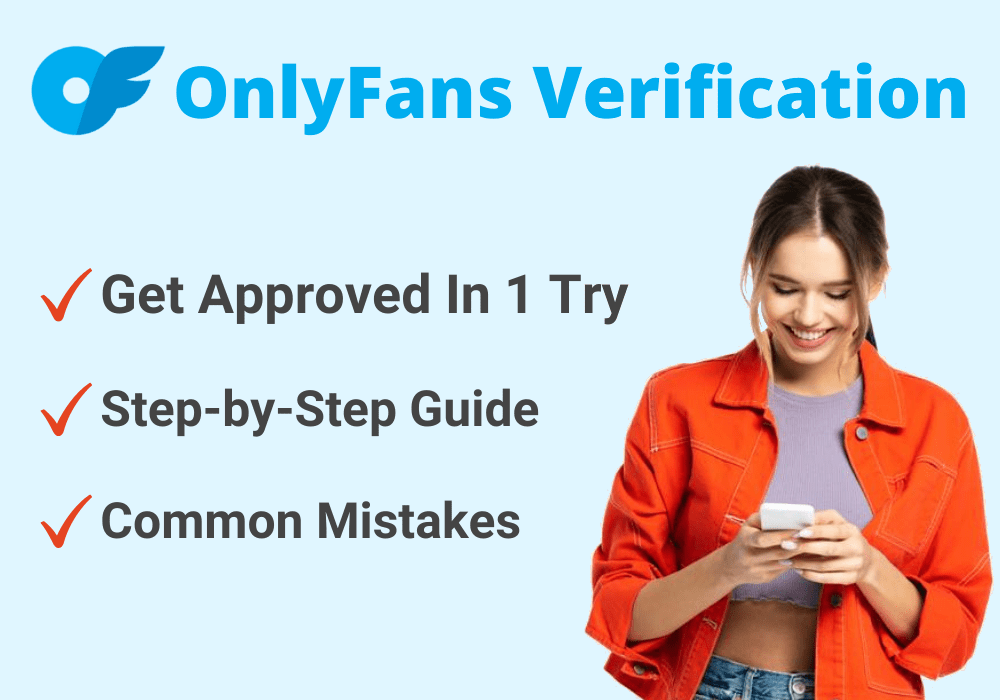 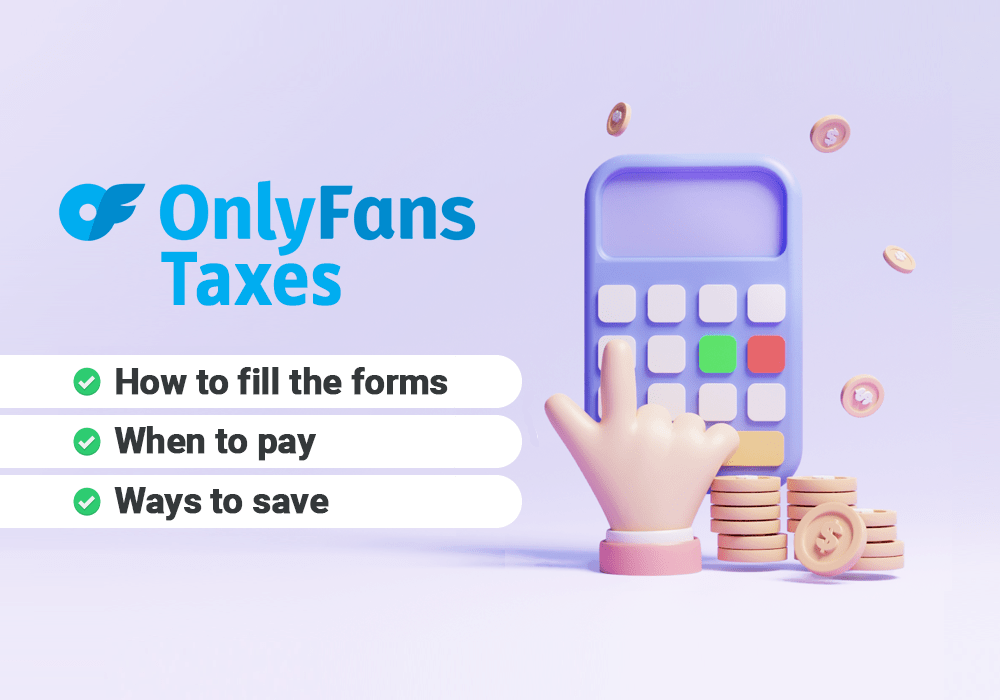 OnlyFans 9 min read
How to file OnlyFans taxes (W-9 and 1099 forms explained)
OnlyFans taxes giving you a hard time? Learn how to file taxes for OnlyFans, fill out OnlyFans' tax forms, and use tax write-offs to pay the minimum.

Try Social Rise, a Reddit marketing tool that helps you post faster, reach more people, and automate promotion. 20 posts are on us so you can see for yourself.
Start free. No credit card needed.
No sign-up. Authorize via Reddit.
Easy to use. Post right away.
Get more subs from Reddit
WAIT!
Do you have 1 minute?
That's all it takes to get started and drastically improve your performance on Reddit. Look around with a free plan. No obligations.
No sign up. No credit card.
Easy to use. Post right away.
Unlink Reddit acount anytime.
Ok, I'll take a look
No, I'll keep using my old ways